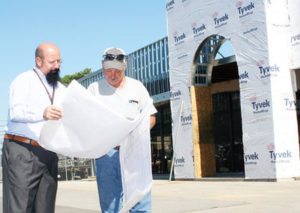 The dealership, part of the community since 1987, is undergoing a major renovation to its business at South Parkway and U.S. Highway 72. “It’s long overdue,” said dealership president Grant Brose. “The good thing is we are getting the latest design manufacturers have to offer.” The new dual design calls for the dealership to have both a Nissan and Chrysler side under one roof.

“We are the only dealership in our district with the dual design layout,” said Brose. Brose’s district encompasses 11 other dealerships from Memphis, Tenn., to west Alabama and west Tennessee. The showroom will be the same just separated into Nissan and Chrysler vehicles.

Hoyt Hayes Construction of Jackson Tenn. is in charge of the project which is to be completed in around 6-8 months. “They have done several of the Nissan and Chrysler buildings,” added Brose.

Several new things are planned for the restructuring of the dealership, according to Brose. Plans call for a new:

“A lot of dealerships don’t have the showroom space we do,” said Brose. “Most have space for only one or two vehicles inside, where we will have four … everything will be laid out with a purpose.”

Another possible change once everything is complete is the dealership could possibly change its entrance. “Once everything is done it will be a lot nicer for the customer and a more relaxed atmosphere,” said the company president. “It will also be a lot better to look at when driving by on Highway 72.”

Brose’s business roots trace back to 1977, when Marvin Brose purchased a new car dealership in southern Ohio. When he began searching for a new place to build a business, he was drawn to Corinth’s size and potential for growth. In 1987, he and his sons, Greg and Grant Brose, opened the current location as a General Motors dealership.

“The building was first built for a Chevrolet dealership in 1977,” said Grant Brose. “When we came here in 1987 we brought in Chrysler and then in 1995 we brought Nissan on board.” Brose started with 25,000 square feet. Today the business has extended to close to 30,000 square feet. Thought was given to adding a separate location instead of the dual design, he said. “We looked at other property, but we felt like we have the best location in Corinth,” he said. “Why move when we are already established?” The new design is part of the company’s trust in the community, according to the dealership president.

“We have been here since 1987 and we believe in Corinth,” he said. “Because of that faith this substantial amount project isn’t a big leap of faith for us.” Business hasn’t been affected by construction. “We are fully operational,” said Brose. “The business hours are the same and the construction crew has made it easier to work through.” A peek in the car business has made the timing ideal to the redesign. “Our best Nissan month since 1995 was a couple of months ago,” said Brose. “Now is a good time with the uptick in business.” 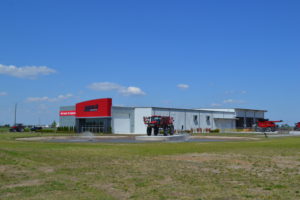 Tunica, Ms. 2016 – A structure built by Hoyt Hayes Construction of Jackson, Tennessee, has been recognized by Varco Pruden Buildings, one of the nation’s largest building-solutions providers. Varco Pruden is a division of BlueScope Buildings North America, Inc., and has a network of more than 1,000 builders across the United States and Canada.

Mid-South Ag Equipment Inc. has been named to Varco Pruden’s 2016 Hall of Fame for the Automotive Division in Tunica Ms. The 22,500 SF (Case IH Dealership Sales and Service structure was completed in 2015.

The highly competitive Hall of Fame Awards are presented annually to the independent authorized VP builders whose work reflects innovation and excellence though the integration of VP building systems, products, architectural appearance, end use and design. The projects include a range of industrial, commercial, retail and municipal projects.

Utilizing the design-build capabilities of Hoyt Hayes Construction, Gary Reid and Josh Reid, owners of MidSouth Ag Equipment Inc., built a state of the art structure unique in design for the agriculture industry. Completed in under 180 days, the building will not only provide sales and service to the area, but will also serve as a place for regional dealer and training meetings.

“The Hall of Fame awards provide an extraordinary opportunity to celebrate and recognize exceptional builders. These winners reflect the broad scope of capabilities and variety of end-use possibilities for buildings constructed by our builder network. VP builders consistently produce incredible results for their clients,” said Chuck Haslebacher, president of Varco Pruden. 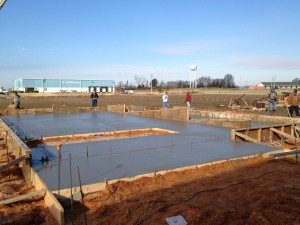 Recycle Aerosol, LLC is moving forward with the design and construction of a new aerosol recycling building project.

This project consists of the construction of a state-of-the-art aerosol recycling line. The new recycling line, will triple the size of the current recycling rate to roughly 270,000 cans per day. With this new expansion our recycling capabilities will increase by 335%, making us the largest aerosol recycler in North America.

This is a very detailed project and intense planning must be used to accomplish what is needed to complete this project. Hoyt Hayes Construction of Jackson, TN has been elected as the general contractor.

Proud To Buy American Award To City Of Jackson, TN 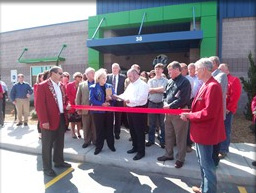 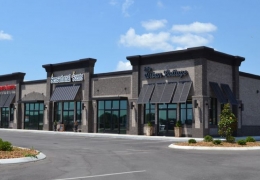 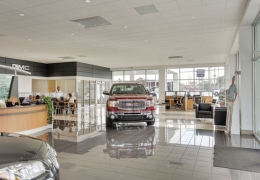 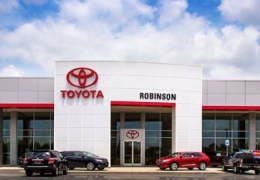