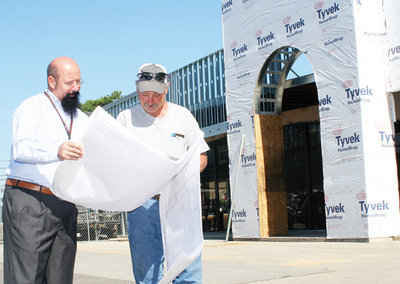 The dealership, part of the community since 1987, is undergoing a major renovation to its business at South Parkway and U.S. Highway 72. “It’s long overdue,” said dealership president Grant Brose. “The good thing is we are getting the latest design manufacturers have to offer.” The new dual design calls for the dealership to have both a Nissan and Chrysler side under one roof.

“We are the only dealership in our district with the dual design layout,” said Brose. Brose’s district encompasses 11 other dealerships from Memphis, Tenn., to west Alabama and west Tennessee. The showroom will be the same just separated into Nissan and Chrysler vehicles.

Hoyt Hayes Construction of Jackson Tenn. is in charge of the project which is to be completed in around 6-8 months. “They have done several of the Nissan and Chrysler buildings,” added Brose.

Several new things are planned for the restructuring of the dealership, according to Brose. Plans call for a new:

“A lot of dealerships don’t have the showroom space we do,” said Brose. “Most have space for only one or two vehicles inside, where we will have four … everything will be laid out with a purpose.”

Another possible change once everything is complete is the dealership could possibly change its entrance. “Once everything is done it will be a lot nicer for the customer and a more relaxed atmosphere,” said the company president. “It will also be a lot better to look at when driving by on Highway 72.”

Brose’s business roots trace back to 1977, when Marvin Brose purchased a new car dealership in southern Ohio. When he began searching for a new place to build a business, he was drawn to Corinth’s size and potential for growth. In 1987, he and his sons, Greg and Grant Brose, opened the current location as a General Motors dealership.

“The building was first built for a Chevrolet dealership in 1977,” said Grant Brose. “When we came here in 1987 we brought in Chrysler and then in 1995 we brought Nissan on board.” Brose started with 25,000 square feet. Today the business has extended to close to 30,000 square feet. Thought was given to adding a separate location instead of the dual design, he said. “We looked at other property, but we felt like we have the best location in Corinth,” he said. “Why move when we are already established?” The new design is part of the company’s trust in the community, according to the dealership president.

“We have been here since 1987 and we believe in Corinth,” he said. “Because of that faith this substantial amount project isn’t a big leap of faith for us.” Business hasn’t been affected by construction. “We are fully operational,” said Brose. “The business hours are the same and the construction crew has made it easier to work through.” A peek in the car business has made the timing ideal to the redesign. “Our best Nissan month since 1995 was a couple of months ago,” said Brose. “Now is a good time with the uptick in business.”

We began our working relationship with Hoyt Hayes in 1984. Since then, we’ve turned to Hayes Construction for dependable, professional service time and time again as we’ve grown and opened END_OF_DOCUMENT_TOKEN_TO_BE_REPLACED

Our store Hallmark Ford in Batesville, MS was recently remodeled by Hoy Hayes Construction and we couldn’t be more pleased. The entire process took around 6 months to completely renovate END_OF_DOCUMENT_TOKEN_TO_BE_REPLACED

We first used Hoyt Hayes Construction to do a plant addition for us in 1991, and we have used them as our exclusive builder ever since. Over this 25-year period, END_OF_DOCUMENT_TOKEN_TO_BE_REPLACED

I want to thank your entire team for an excellent job building our new NREDI Nissan facility. Not only was it completed in less time than we expected, but there END_OF_DOCUMENT_TOKEN_TO_BE_REPLACED

Our experience with Hoyt Hayes was so good in 2009, it was an easy choice when we were required to implement the new Chevy image at our General Motors store. END_OF_DOCUMENT_TOKEN_TO_BE_REPLACED 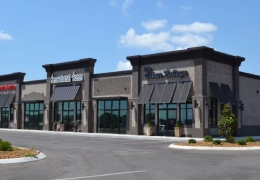 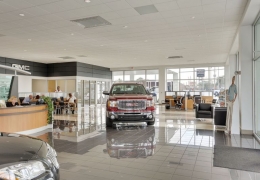 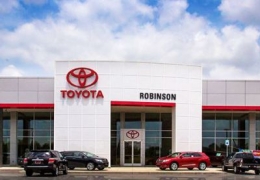